So by now, I’m sure most of us have seen Marvel’s Infinity War. If you have not, come back after you watch it because we’re going into light spoiler territory here. This will be more of my thoughts and feelings regarding a particular aspect of the movie, rather than just a review.

The Power of Feels

Out of all the Marvel movies I’ve seen only a few managed to be more than “good” to “great”. Those few are The Avengers, Captain America: Winter Soldier and now Infinity War. However there’s one thing that I never thought these movies could do until now, and that created this unwavering attachment and fear of loss: “The Investment”. All eighteen or so movies, and not once did I believe these heroes were in true danger..

“You feel Investment When You Don’t Know If Everything Will Be Okay. “

This vulnerability allows for actors to really earn their paycheck and emote. The honorees are Robert Downey, Chris Hemsworth, Zoe Saldana, Tom Holland and of course, Josh Brolin. I’ve said many times especially if you’ve read any of my Star Wars posts, that I have always been driven by the character in a narrative more than anything else. This is why while movies that do spectacle well may not interest as much as a – what I call – “bottleneck film” that consists of only a few actors. I saw some of the same traits, contradictions, and confliction in these characters here. 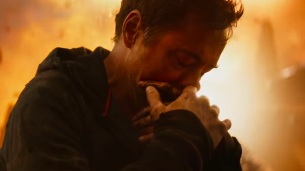 I saw a genius whom never truly gotten over his first near-death experience. Aware of his lingering dread, he still tries to save his planet at all costs. This fear has pushed him to make daunting decisions with good intentions but failed results. Deep down, -at least to him- he’s responsible. 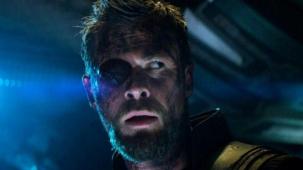 I saw a god whom despite being the strongest Avenger, still lost everything that was expected to protect, and yet he continues on seemingly unaffected until he slows down and thinks. But he can’t think about the pain now, he needs the rage to keep him moving, not the sorrow to slow him down. 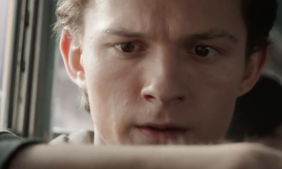 I saw a boy, who wanted to be a hero and fight alongside his father figure. In the end, all his powers and gifts didn’t change the fact that he was a scared boy who didn’t want to die. Despite his fears, his last words were an apology to the man he looked up to the most. 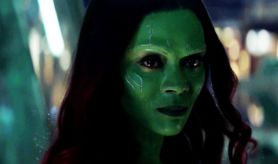 I saw a woman who has possessed an intense hatred of a man who took everything from her but at the same time, given her everything that she has. She knows he’s a man, whom on basic principles, is evil, but… he was her dad. He fed her, clothed her, trained her and showed her love on occasions – so how she could kill him and not feel pain?

And I saw a titan, who truly believed in his cause beyond any point of reconciliation. A man who felt that his cause was so righteous, so critical and so desperately needed that he would do whatever it takes to accomplish it. He wanted no ceremonies, no cheers, just to know that balance was restored. But even when completed, he questions the price he paid. Many men would question their own conviction in the midst of their journey but he did when it was all said and done… Because it had to be done… Only he was willing to do it.

“I Hope They Will Remember You…”

These moments of emotional investment could not be achieved without good writing. Thor was borderline a video game character in the last movie, yet here we see the writers taking that and “molding the plate into a sphere”. Sorry if this post got a little melancholy but I wanted to share why Infinity War is practically my favorite Marvel movie. While I wouldn’t want all of Marvel’s movies to be so emotionally involving (I’m not above popcorn movies) I’m glad they chose to exercise that investment because the payoff was beautiful.