Well, despite my less-than-stellar first impressions of  GOH in my previous post, I’ve committed myself to follow the first season. It’s become apparent that the pacing will not improve from an adaption point of view. For those who have not read the manwha, please let me know if it feels rushed to you. Despite my gripes, episode four managed to shed a bit of character development and emotional investment. Our true main protagonist, Daewi, spared very little expense in displaying his conflicted situation. 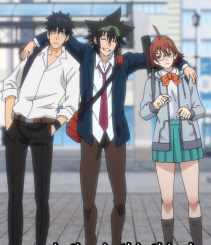 The Fight of the Feels

In the previous episode, Miira was injured by a terrible side-plot, and was then scheduled to fight Daewi. It was pretty one-sided as he focused on her injury and gave her a very unfriendly beatdown. Does this mean we now have a new antagonist!? Not at all, the viewers already know that Daewi is in a tough situation. Since his whole reason for entering the tournament was to save his best friend’s life, it makes sense that he wouldn’t allow his newly found friends to get in the way. It makes sense. During the fight, his friend dies, and Park Mujin, being the nice guy that he is, decided to inform Daewi of this during his match with Mori. They both go all out, which is easily the best fight scene so far in the show. The episode suffered mainly due to flashback oversaturation, and it felt like the show didn’t have faith in its previous setup to carry the emotional weight. Overall, the letter he read was heartwarming enough to make my eyes a little misty.

The Teaser for the Future 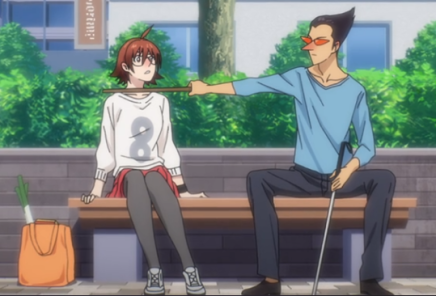 Episode five was something else entirely due to more casual pacing. This feels like the break episode right before all the chaos begins. As everyone prepares for the team battle, Jin’s grandfather has been grinding fodder minions the entire season so far. I’ve always found it funny that the grandad has his own, much more entertaining anime. They have lightly introduced the Six Paths- I mean The Six, so I’m excited to see these strangers in action. The show drops hints of progression for other main characters, which I always respected from this series. Mira gets some guidance from the blind judge and learns a hint at mastering her sword. Daewi is interested in the reason for the tournament and the power that Q used on Jin Mori. I’m expecting some buffs soon from these two. Suddenly, the show turns off the switch and goes dark with the off-screen death of the blind judge. We saw him with his family that very episode, so I assume that was there to heighten the impact of his death. The episode ends with Q impaled by the sword of a new antagonist, whose design screams “jobber” but we’ll see.

All in all, episode four was decent while five was boring until the very end. It’s also odd what the anime chooses to invest its time on and what it chooses to speed through. My only wish for the next episodes is that we get some really detailed fight scenes. Hopefully, the viewers will receive more information on this evil syndicate that has been throwing bodies at the grandad. I’m still waiting on a “wow moment,” from the God of Highschool.

What are your thoughts so far on GOH? Let me know!