THe Isekai The Reforms

So let’s take a reprieve from the depraved and talk about a series that holds a special place to my often tattered heart. I present to you all, Jobless Reincarnation, also known as Mushoku Tensei. To me, this story has something special for every disillusioned or depressed person out there. It touches on new beginnings and overcoming past traumas. This story helped me through a tough time in my life and I’m glad that the author finally received an anime adaptation. So what happens when a NEET is hit by truck and presumed dead? You guessed it, it’s a another Isekai folks!

END_OF_DOCUMENT_TOKEN_TO_BE_REPLACED

I mean, I gave it such a terrible review…

Forgive me for my lack of words, but I just finished watching episode 2 of Redo A Healer. I was in the middle of writing a review for Jobless Reincarnation but the moment this episode started going, I was glued to the screen. I have to say, nearly everything I complained about in the first episode was addressed here. This should have been how the series started. Now that the anime has shown just what kind of show we’re dealing with. Let’s begin! Oh before that, this episode and review speaks on very atrocious acts, so be forewarned.

END_OF_DOCUMENT_TOKEN_TO_BE_REPLACED

Already hoping for a Redo

Well, I didn’t expect the best first impression, but gee-golly I was sure expecting something more. Let me prefix this by saying, I had a hard time writing about this first episode of Redo a Healer. I was first confused by the underwhelming animation, thinking perhaps my stream was buffering or something. Then I was taken back by how the anime chose to set up it’s first episode. By not embellishing in the protagonist’s mistreatment, it loses a good amount of investment from the viewers. In the manga it did the same somewhat, but when you have the freedom of animation, use it to your advantage!

END_OF_DOCUMENT_TOKEN_TO_BE_REPLACED 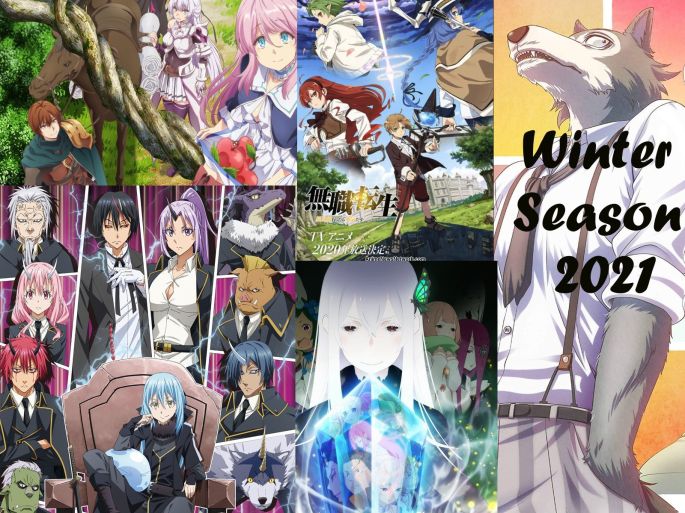 Greetings everyone! I must say 2020 was a terrible year for me but I’m sure you’ve heard this story many times from many others. With the blessing of surviving thus far, I’m more inclined to get back to what I enjoy doing: Watching and talking/writing about anime. I noticed that during my time of absence, my page has been slowly growing despite my lack of content. I aim to return to form and grow my page even further. I wont bore you with my site goals but I will give you a heads up on what I will writing about this Winter season. Also you can expect manga and breakdowns in between these posts! Thank you for support thus far, let’s continue!

END_OF_DOCUMENT_TOKEN_TO_BE_REPLACED

Well, despite my less-than-stellar first impressions of  GOH in my previous post, I’ve committed myself to follow the first season. It’s become apparent that the pacing will not improve from an adaption point of view. For those who have not read the manwha, please let me know if it feels rushed to you. Despite my gripes, episode four managed to shed a bit of character development and emotional investment. Our true main protagonist, Daewi, spared very little expense in displaying his conflicted situation. END_OF_DOCUMENT_TOKEN_TO_BE_REPLACED

SO I was wondering about what would be a good plan for steady relevant content. I personally enjoy reading/listening to others’ take on episodes of my favorite anime, and I would rather write what I would like to read. So I’ve decided that it would be more of a fit for me to choose three anime this season to follow.

The first will be God of high school, the second will be Re: Zero S2, of course. The third is still a work in progress. I’m thinking either Maou Gakuin or Deca Dense, something that’s new. So expect ReZero and GOH posts coming up this week, and you’ll see which anime I choose very soon. END_OF_DOCUMENT_TOKEN_TO_BE_REPLACED

Monster Monosume, But With Doctors

Oh boy, I guess this would have happened eventually on here. So, allow me get this out of the way first, this is a genius anime concept covered by dirt and mud. As harsh as that may sound, I’ve read this before and enjoyed the premise then. It was still an ecchi(perverted) manga but it added a few more nuggets that were left out of the anime when going over the anatomy of each monster girl. So, let’s take a look into the adventures of Dr.Glenn, the human and Dr.Saphentite, lamia.

END_OF_DOCUMENT_TOKEN_TO_BE_REPLACED

I’ll admit, when season 2 started I was thinking to myself, “This fool has already tossed Rem aside, and we already know the death loop formula.” I finished episode one, raging at how the author refuses to give Rem any kind of win, thus I figured the Re:Zero’s magic ended. I wasn’t sure why the author decided to turn the focus to saving Rem when there are more immediate dangers such as the cult. After finishing episodes two and three, my suspicions were confirmed. This anime has lost its storytelling prowess and skill once Betelgeuse was killed, it’s done, time to move on, R.I.P Re:Zero! Then there was episode four, and the moment that gave me a swift axe kick to the head. The moment when Re:Zero Season 2 finally pulled me back in.

END_OF_DOCUMENT_TOKEN_TO_BE_REPLACED

God Of High School (or GOH) is a new anime that’s taking the internet by storm. It’s one of the few Korean manwha to be animated, and based on what I’ve read,  it can only get better. The story involves an absurdly strong high schooler joining a fight tournament with the reward of being granted one wish. The anime specifically uses this simple premise to bypass all the world-building in order to get straight to the main selling-point of this series, the fighting! END_OF_DOCUMENT_TOKEN_TO_BE_REPLACED

One feeling that encompassed nearly every episode of this series is, “uncomfortable”, and I mean that in the best way. In this world somewhat similar to Zootopia, meaning there are no humans, the story is set in a high-school filled with a myriad amount of animals. However the similarities end there as this takes a much more personal and primal approach to these anthropomorphic characters. In the attempt to focus on the idea of animal base urges, these creatures have been the most relatable characters I’ve seen from an anime in awhile. END_OF_DOCUMENT_TOKEN_TO_BE_REPLACED